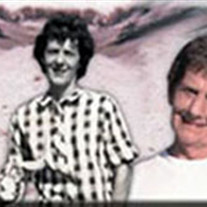 HER LIFE STORY:Blanche McCumber was a selfless woman, always giving and then giving some more. She was completely dedicated to her family and took pride in making her house a home - a home where all were welcome, especially her grandchildren.... View Obituary & Service Information

The family of Blanche Nellie McCumber created this Life Tributes page to make it easy to share your memories.

HER LIFE STORY:Blanche McCumber was a selfless woman, always...

Send flowers to the McCumber family.