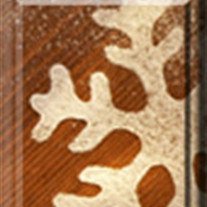 OBITUARY:Carolyn Mae (Palsrok) Buter, age 74, of Scottville, went peacefully and joyfully to her heavenly home on Tuesday, December 6, 2011. Carolyn worked for almost 30 years as a cook at Muskegon Christian School before moving to Big Rapids and cooking at summer camps, schools and nursing homes, finally retiring to Scottville. She’s now baking up a storm with her mother Maggie Palsrok and for her father, Herman Palsrok, who both went to Jesus before her.Carolyn is survived by her husband of 54 years, Harvey Buter, her best friend from their days in first grade in Muskegon. She will also be dearly missed by her children, grandchildren and great grandchildren: Glen & Julie of Wyoming (Andrew, Jana, Aiden & Lara, Erin & Matthew Eichhorn); Brian & Kathy of Scottville (Karl, Kellia & baby-to-be, Eric, Caryn & Mark Carroll); and Alan & Trena of Grand Haven (Cory & fiancée Kristen Katje and Zachary); as well as her sister Luann (Bud) Fisher, sisters-in-law Marilyn (Buter) Plummer, Geneva (Buter) Peterman, Minnie Buter, Nancy Younkers and many other relatives and friends.Carolyn will be celebrated in a service at Mason County Reformed Church at Noon on Saturday, December 10, 2011. The family will gather for a time of visitation on Friday at the church from 6 to 8 p.m. and on Saturday from 11 a.m. until the time of the service. Those who wish may make memorial contributions to the Scottville Senior Center.

The family of Carolyn Mae Buter created this Life Tributes page to make it easy to share your memories.

Send flowers to the Buter family.