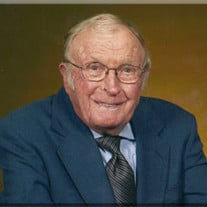 CHARLES OBITUARY:Charles Ronald Goff, aged 92, passed away peacefully at his home in Scottville on Monday, October 17, 2011 with family members at his side. Charles was born at the family farm near Custer on March 4, 1919, to Earl and Emily (Nelson) Goff, and attended the one-room school of Elm Flats for 9 years before graduating from Custer High School in 1937. Because of difficult employment conditions during the depression he joined the Civilian Conservation Corps (CCC), serving in the Upper Peninsula for 6 months. Following his discharge as a Corporal he was employed in Muskegon and Grand Haven. Charles was drafted in the United States Army in 1941, serving five years with the 1st Armored Division in Africa and Italy, being engaged on the Anzio Beachhead for 4 months. As he was proficient in Morse code, Charles was requested to service after the armistice and was discharged from the Signal Corps. In 1946 he returned to his job in Muskegon, and soon met his future wife, Carol Andersen on a blind date. They were married a year later and have celebrated 64 years of married life.Charles always kept his interest in farming, and owned and rented tillable land. He was a life member of the Emanuel Lutheran Church in Ludington, having served on the church council as well as other commitments at the church. He was employed as a machinist at Jackson Vibrators, now Harsco Track Technologies, for 25 years retiring as an administrator in 1982, was a charter and life member of the Custer VFW Post 5096, served on the Sherman Township board, and a was a life member of the Ludington Elks Lodge, #736. Charles served on the Mason County Eastern School Board for many years, and always enjoyed deer hunting season both here and out west. As a proud veteran, he was a life member of the 1st Armored Division Association, and he and Carol attended many reunions in the United States as well as two special events in Europe with the 1st Armored Division. He also enjoyed other travels with his wife.Charles is survived by his wife, Carol, his daughter Leah (Larry) Braun of Harbor Beach, his son Bradley (Judy) Goff of Custer, 8 grandchildren, 10 great grandchildren, and many cousins, nieces and nephews. He was preceded in death by his parents, Earl and Emily Goff of Custer, and his brother Robert Goff of South Haven.Funeral services will be held for Charles at 11:00 am on Thursday, October 20 at the Emmanuel Lutheran Church in Ludington, with his pastor, the Rev. William Friesner officiating. Burial with honor guard rites will take place at Grant Township Cemetery. Friends may meet with his family for a time of visitation on Wednesday from 4:00 – 8:00 pm at the Stephens Funeral Home in Scottville, and on Thursday from 10:00 am until time of services at the church. Those who wish to make memorial contributions are asked to consider the Emanuel Lutheran Church, 301 E Danaher St., Ludington, MI 49431, or Hospice of Michigan, 5177 W US 10, Ludington, MI 49431.

CHARLES OBITUARY:Charles Ronald Goff, aged 92, passed away peacefully at his home in Scottville on Monday, October 17, 2011 with family members at his side. Charles was born at the family farm near Custer on March 4, 1919, to Earl and Emily... View Obituary & Service Information

The family of Charles Ronald Goff created this Life Tributes page to make it easy to share your memories.

Send flowers to the Goff family.