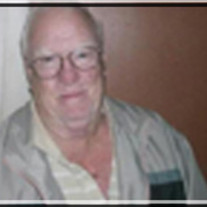 DONALD'S OBITUARY:Donald Leroy Bush, aged 70 of Scotts, MI passed away on Wednesday, November 7, 2012 at his property in Walhalla. Donald was born on April 2, 1942 in Portage to Doyle E. and Freda Helen (Davis) Bush, and graduated from Portage Central High School with the class of 1960. On June 20, 1964, he married Nancy C. Little in Portage, and they have celebrated 48 years together. Don worked 42 years as a driver for Graphic Packaging, retiring in 2001. He was an avid fisherman, and also enjoyed hunting, bowling, playing cards – especially poker, and traveling to Las Vegas with Nancy. He was a devoted family man whose sense of humor and unconditional love will be cherished forever. Donald was preceded in death by his parents and his brother Doyle Bush Jr. He will be greatly missed by his wife Nancy, his children Scott Alan Bush and Terry Edward (Carrie) Bush all of Kalamazoo, and Julie April Gray of Climax, his son-in-law Robb Gray also of Climax, his daughter-in-law Wendy Bush of Plainwell, his beloved grandchildren Michael Maystead, Levi Boop, Savannah, Brandy, and Garrett Bush, Amber (Benjamin) Oudsema, Taryn and Wyatt Bush, Shelby and Noah Gray, and Jersie Larner, his precious great-grandchildren Jordan Boaz, Maddison White, Tanner Bush, Teagan and Connor Oudsema, his sister-in-law Bonnie (Clyde) Reed of Kalamazoo, his brothers-in-law Roger (Carol) Little of Galesburg, Bruce Little of Cincinnati, and Joseph (Eileen) Little of Arkansas, and Bill Vos of Oshtemo, his aunt Leona Davis and her family from Walhalla, and numerous nieces and nephews. According to his wishes cremation has taken place, and there will be no funeral services.

DONALD'S OBITUARY:Donald Leroy Bush, aged 70 of Scotts, MI passed away on Wednesday, November 7, 2012 at his property in Walhalla. Donald was born on April 2, 1942 in Portage to Doyle E. and Freda Helen (Davis) Bush, and graduated from Portage... View Obituary & Service Information

The family of Donald Leroy Bush created this Life Tributes page to make it easy to share your memories.

Send flowers to the Bush family.