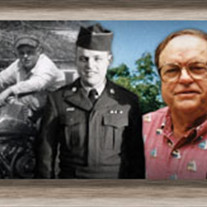 Although he had a quiet and gentle spirit, Donald McClellan had a tender heart that was easy to detect. He was a devoted father who didn’t take this responsibility lightly, serving as a caregiver to his youngest son for many years. Donald found both adventure and peace in the great outdoors, and he was proud to serve his country during a time of need. He even nurtured a fun-loving side and could be found flying down the street on his motorcycle with his brother by his side from time to time. As the decade of the thirties dawned, Americans were hunkering down in an attempt to endure the hardship many encountered at the hands of the Great Depression since its inception in October of 1929. People of this generation were used to hard times, but the Depression was a different kind of tough. For millions of Americans the Great Depression meant not having enough – not enough work, or food, or clothes, or money. Despite the trying times, the year 1930 brought with it much to be thankful for in the family of McKinley and Viola (Davis) McClellan as they welcomed the birth of their son, Donald Ellsworth, on October 4th. Donald was born on the family farm where he would live throughout his entire life. It was the homestead established by his grandfather in 1884 making it an historic Centennial Farm during Donald’s lifetime.Donald was born as the fourth of five children in his family and enjoyed many of the boyhood experiences common among the youth of this generation. Donald enjoyed things such as hunting and fishing, and he was also active in the local 4-H with his brothers, often showing steer at the county fair. He attended the McClellan School on the corner of Hansen and Reek Roads and then graduated from Custer High School in 1949.A short time after he graduated, Donald enlisted in the Army during a period of time that was dominated by the Korean Conflict. He was stationed in Germany throughout his time of service and always declared that his time in the military was the best years of his life. Upon his discharge, Donald returned home where he helped his father on the farm. He also worked at Dow Chemical in Ludington where he helped computerize the plant. After working at Dow for 33 years, Donald retired in 1988.In addition to his work, Donald also made more than enough room for family in his life. He married Cathy Cross in 1982 at the home of Rev. John Christensen. With this union Donald gained not only a wife, but so much more as he also adopted her three children: Candra, Jeffrey, and Edward. Donald and Cathy were also blessed with two daughters together: Lisa and Kayla. Although their marriage ended in divorce, he continued to raise the boys. Edward lived with Donald the longest and they became great companions who enjoyed a close relationship. They went to breakfast and lunch together every day and also participated in various activities together, most notably fishing. With his leisure time there were a variety of interests that Donald enjoyed throughout the years. He liked to ride motorcycles with his brother Richard, and they often took road trips together up north, camping at various parks along the way. Donald also enjoyed pheasant hunting with his brother Elmer near Flint every year. He continued to have a passion for farming and he even collected antique tractors. There are many things for which Donald will be warmly remembered. He had a quiet, gentle spirit and was slow to anger. In fact, Donald rarely got mad at anyone. He was not very social until he was in the right environment. When Donald attended family reunions, McClellan School reunions, extended family gatherings, or when he ran into old classmates, then it was difficult for Donald to stop talking. He was a collector who rarely threw anything away, especially when it came to historical documents. Donald was proud to have his great-grandfather’s citizenship papers from 1868.Donald McClellan was a man of great character and integrity who knew how to enjoy the days he was given. He was proud to maintain his family’s homestead and to call it his home throughout his entire life. Whether he was serving his country during a time of conflict or putting in a hard day at work, Donald was devoted to putting forth his best effort in everything he did. He was rather adventurous at times and it will be his fun-loving yet tender spirit that will be so greatly missed by those he leaves behind.Donald McClellan died on Tuesday morning, November 24, 2009 at Tendercare of Ludington. Donald’s family includes his children, Candra McClellan of Cadillac, Jeffery (Jesse) McClellan of Branch, Edward McClellan of Manton, Lisa (Liem) Meehare of Ireland, and Kayla McClellan also of Manton; his 4 grandchildren, William, Malia, Damiem, and Trevor; his sisters Isabelle Huddlestun of Muskegon, and Madalyn Engelberg of Custer; his brother Elmer (Jeanne) McClellan of Flushing; his sister-in-law Arlene McClellan of Hudsonville; and many nieces and nephews. He was preceded in death by his parents, his brother Richard, and his brother-in-law Raymond Engelberg. A memorial service will be held for Donald at 11:00 a.m. on Saturday, November 28 at the Bachelor Evangelical Covenant Church, with Pastor Leo Anderson officiating. Burial with Honor Guard rites will follow at Riverside Cemetery in Custer. Friends may meet with his family for a time of visitation on Saturday morning from 10:00 a.m. until time of services at the church. Those who wish may make contributions to a charity of their choice in memory of Donald.

Although he had a quiet and gentle spirit, Donald McClellan had a tender heart that was easy to detect. He was a devoted father who didn&#8217;t take this responsibility lightly, serving as a caregiver to his youngest son for many years. Donald... View Obituary & Service Information

The family of Donald Ellsworth McClellan created this Life Tributes page to make it easy to share your memories.

Although he had a quiet and gentle spirit, Donald McClellan had...

Send flowers to the McClellan family.