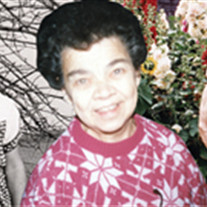 Elizabeth Jane Hunter had seen remarkable changes in the world during her lifetime, endowing her with wisdom and perspective that benefited those who knew her. Life had given her personal challenges that served to strengthen her character and developed a compassion for others that was rare and endearing. She knew that people were more important than material things, and treasured her family and friends.The 1920s was a time of energy, change, and conflict. Although the world was recovering from World War I, Adolph Hitler was making moves to establish power in Germany and it was clear that another war in Europe was likely. Prohibition was in effect in the United States, and people were enjoying silent films, dancing the Charleston, and avidly following the performances of Babe Ruth and Lou Gehrig .In the midst of all of this, Robert and Rossie (Bowman) Hunter were managing their homestead in Branch Township near Michigan’s western lakeshore. In the fall of 1922, they were excited to learn that they were expecting their second child, and beautiful Elizabeth arrived on March 6 the following year. She was a tiny baby, born with some physical disabilities, and as she grew she was always shorter than other kids her age.The Hunters were blessed with six more children after Elizabeth. Their home was noisy, busy, and fun, and the family surrounded Elizabeth with love and protection. Her siblings looked out for her and often took care of her share of the housework to help alleviate some of her struggles on days that she couldn’t keep up. Elizabeth attended Comstock School, which was just down the road from her house. She completed the eighth grade, then, like many of her peers, left school. The Stock Market Crash of 1929 had devastated the American economy, and the depression that followed forced many young people to look for work to help support their families.Elizabeth found a job at Stokely’s Cannery in Scottville as a snipper in the bean room. She worked there for over fifty years, earning the respect of her employers and co-workers for her loyalty and consistency. In December of 1941, she learned with shock and horror that the U.S. Naval base at Pearl Harbor, Hawaii, had been attacked by Japan and over the next four years she joined the rest of the nation in praying for the safe return of family and friends from the war.In 1943, the family suffered the tragic loss of their home in a fire. Elizabeth’s parents built a new house on the property, and Elizabeth lived there for the rest of her life. As a longtime member of Bachelor Evangelical Covenant Church in the nearby village of Fountain, Elizabeth’s faith was very important to her. With an emphasis on the teaching of the Bible and the work of Jesus Christ, Elizabeth’s church provided her with guidance for each day and hope for the future.Elizabeth believed in having busy hands, not being a busy body, and she occupied herself with several hobbies. There was nothing as invigorating as tending her garden, her hands in the dirt, the fresh air filling her lungs, and the sounds of nature surrounding her. Nothing tasted quite as sweet as her own fresh vegetables, and watching her flowers grow gave her a satisfaction that was hard to find elsewhere. Smart and naturally curious, Elizabeth liked learning knew things. She rarely missed Wheel of Fortune and Jeopardy in the evening, and was often found working crossword puzzles. She also enjoyed embroidery.Elizabeth loved the innocence and spontaneity of children. She received much joy from her nieces, nephews, and great nieces and nephews. Her family was very important to her and she wanted them to know it. That’s why she never missed a birthday, and looked forward to every visit and phone call. Her friends and family will miss her smile, her stories, and even her stubborn streak that kept her from ever visiting a doctor’s office or hospital. Elizabeth will continue to influence those who knew her for years to come.Elizabeth died suddenly on Wednesday, April 23, 2008, at her life-long home in Branch. She was preceded in death by her parents and four siblings, Clark Hunter, Curtis Hunter, Janet McArthur, and Mabel Brayton. She will be lovingly remembered by her sisters, Doris (Bernal) Burke of Carr Settlement, Leona Sanders of Custer, and Margaret (William) Kirtley of Pittsburg, Texas; many nieces, nephews, and great nieces and nephews; and dear friends.

Elizabeth Jane Hunter had seen remarkable changes in the world during her lifetime, endowing her with wisdom and perspective that benefited those who knew her. Life had given her personal challenges that served to strengthen her character and... View Obituary & Service Information

The family of Elizabeth Jane Hunter created this Life Tributes page to make it easy to share your memories.

Elizabeth Jane Hunter had seen remarkable changes in the world...

Send flowers to the Hunter family.