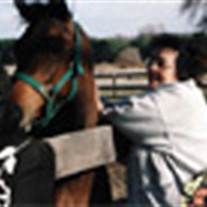 Elsbeth &#8220;Beth&#8221; Holt was a woman of true character, with a love for teaching and learning, a love exceeded only by the passion she held for the family and grandchildren she held so dear to her heart.In the year 1923, the country was... View Obituary & Service Information

The family of Elsbeth ""Beth"" Swigert Holt created this Life Tributes page to make it easy to share your memories.

Elsbeth “Beth” Holt was a woman of true character, with a love...

Send flowers to the Holt family.