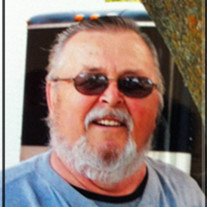 OBITUARY:Franklin “Skip” Shoemate, aged 72 of Scottville, passed away on Tuesday, August 14, 2012 in Grayling. Skip was born on July 8, 1940 in Ludington to Alvin and Dorothy (Phillips) Shoemate, and married the love of his life Susan Storm on April 28, 1974 at the Indian Pete Bayou. They have celebrated 38 years together with their five children. Skip was a retiree of the Michigan Department of Natural Resources where he worked many years as a Park Ranger. Along with his wife Susan, Skip will be greatly missed by his children Todd (Margaret) Shoemate of Manistee, Kris (Margaret) Shoemate of Vassar, Kim (Ginger) Shoemate of Orlando, FL, Kevin (Tammy) Shoemate of Custer, and Shaun Shoemate of Scottville, his grandchildren Todd Shoemate Jr., Mariah (Terry) Ray, Amanda Shoemate, David Dankowski, Jeanette and Daniel Shoemate, Brent (Jenny) Shoemate, Kristen, Matthew, Abby, Jack, Dalton, Briana, and Logan Shoemate, Keri-Anne O’Brien, and Kayla Brown, 11 great-grandchildren, and his brothers Dennis Winters of Scottville, and George Winters of Ludington.Funeral services will be held for Skip at 1:00 PM on Monday, August 20 at Our Savior Lutheran Church in Scottville, with his pastor, the Rev. James Schroeder officiating. Burial will take place at Grant Township Cemetery. Friends may meet with his family for a time of visitation on Monday from 11:00 AM until time of services at the church. Those who wish to make memorial contributions are asked to consider making donations to his family.

OBITUARY:Franklin &#8220;Skip&#8221; Shoemate, aged 72 of Scottville, passed away on Tuesday, August 14, 2012 in Grayling. Skip was born on July 8, 1940 in Ludington to Alvin and Dorothy (Phillips) Shoemate, and married the love of his life... View Obituary & Service Information

The family of Franklin ""Skip"" Shoemate created this Life Tributes page to make it easy to share your memories.

Send flowers to the Shoemate family.