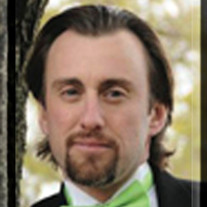 FRED'S OBITUARY:Frederick M. Holden passed away peacefully on October 27, 2013 at Spectrum Health Rehab and Nursing Center in Grand Rapids, after being hit by a deer on his new favorite Honda motorcycle Oct. 1.Fred grew up in Manistee County with his parents, Frederick L. Holden and Cynthia (Cain), and sister. He attended Onekama Public Schools until his junior year, when his family transferred jobs to Mobile, Alabama, and he graduated from Murphy High School in 1993.He returned to Mason County in 1993 where he attended West Shore Community College and also worked beside his grandfather, Fred E., for many years under Holden Construction. His grandfather retired around the year 2000 and Fred opened his own business, Best Choice Builders in 2002.In the economic crisis of 2009, Fred kept his builders license and moved his career to Home Depot of Ludington, where he worked full-time and used his builder’s expertise at the pro desk for residential and commercial customers. He also returned to West Shore Community College in 2010-11 and received his associate’s degree of applied arts and sciences degree with a field of study in computers for business. He also received a certificate for academic honors in May 2011.In July of 2013, he made another career move to ServePro of Manistee, where he was the reconstruction manager for the company.Fred’s most favorite pastimes, besides spending all the time he could with his wife and kids, were riding motorcycles, quads, dirt bikes, snowmobiling and motocross. He lived to love and serve God, his family and friends, and gave his all in everything he did in life.He is preceded in death by his former partner and paternal grandfather, Frederick E. Holden, and his maternal grandmother, Velma F. Kimmel.He will lovingly and adoringly be missed by his wife and soulmate, Jennifer (Gideon) Holden; his beautiful children, Frederick J. Holden, Micheala A. Holden, Gabriella F. Holden, Breana L. Bair*, Rek. R. Luedtke* and Jaeleen W. Luedtke* (*stepchildren); his paternal grandmother, Alfrieda Holden; maternal grandfather, Olan Cain and wife Faye; his parents, Fred L. Holden and Cynthia Cain; sister and brother-in-law, Kristina and Michael Tabaczka; his aunts and uncles, Douglas and Lillian Holden, Deloris Stewart and Lloyd and Sharon Cain; and many other family and friends who were just as tight as family, throughout the tri-county area.Friends may visit with Fred’s family on Friday evening from 4-7 p.m. at the Stephens Funeral Home in Scottville, where a Celebration of Life will be held for Fred at 11:00 a.m. on Saturday, Nov. 2. Burial will take place at Brookside Cemetery. An afternoon dinner will follow at the Ludington Seventh Day Adventist Church, located behind the Mason County Sheriff’s Office, at 413 E. Pere Marquette St. Contributions can be made to Fred’s surviving spouse, Jennifer Holden, and mailed or dropped off at Wyman Funeral & Cremation Services – Stephens Funeral Home, 305 E. State St., Scottville, MI, 49454.All riders are encouraged to ride to the celebration of Fred’s life, for loss of our fallen brother.

FRED'S OBITUARY:Frederick M. Holden passed away peacefully on October 27, 2013 at Spectrum Health Rehab and Nursing Center in Grand Rapids, after being hit by a deer on his new favorite Honda motorcycle Oct. 1.Fred grew up in Manistee County... View Obituary & Service Information

The family of Frederick Martin Holden created this Life Tributes page to make it easy to share your memories.

Send flowers to the Holden family.