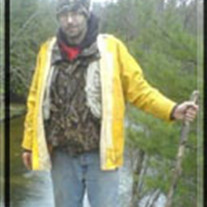 OBITUARY:Gary Van Heck, age 45 of Fountain, died on Monday, March 7, 2011 of accidental injuries. Gary was born October 14, 1965 in Grand Rapids to Frank & Kathleen (Mead) Van Heck, and graduated from Ottawa Hills High School with the class of 1984. Gary competed on the swim team in high school and continued to enjoy swimming after his school years. Gary worked in construction and also spent time working on a farm until he was sidelined by disability. On August 2, 1997 he married Lisa Marlene Stanton at her mother’s home at Round Lake, and she survives him. He was a friendly and kind man who cared deeply for his friends and family. He enjoyed the races of NASCAR and his favorite driver Tony Stewart, a natural following to his days of racing when he was younger. Gary loved to hunt and fish and was a great talker and story teller, as well as a jack-of-all-trades and an willing handyman. He was taking online classes for Homeland Security training and enjoyed discussions about what he was learning. A true animal lover, Gary’s beloved companions were his German Shepherd “Lobo” and his ferret “Xena”, the latest in a list of ferrets he had enjoyed as pets for many years. Gary’s sudden passing leaves his family to mourn his loss, but knowing he is with his maternal and paternal grandparents, with whom he had been close throughout their lives.In addition to his wife Lisa, Gary is survived by his children Danielle Van Heck at home, Corey Ward-Van Heck of West Olive, Shannon Van Heck of Walker and Jaime (Raymond) Pickard of West Olive; his stepchildren Ashley Anderson of Branch, Megan Anderson and Autumn Anderson, both of Fountain, his granddaughter Kaylee Martin of West Olive and soon-to-arrive grandson Ian Walker of Fountain; his parents Frank & Kathleen Van Heck of Cedar Springs; his sister Karen (Dave) Walcott of Walker; his father- & mother-in-law Larry & Margaret Stanton of Fountain; his sister-in-law Anita (Butch) McLouth of Wellston and brothers-in-law Larry Stanton, Jr. and Paul Lefler, Jr., both of Fountain, and his best friend Dan Cochran, as well as many aunts and uncles, nieces and nephews.Funeral services for Gary will be held at 1:00 pm on Saturday, March 12, 2011 at Stephens Funeral Home in Scottville with Rev. Norman Letsinger officiating. His family will meet with friends on Friday, March 11 from 2 to 4 pm and from 6 to 8 pm at the Funeral Home. Interment will take place at Bachelor Cemetery in the spring. Memorial contributions may be directed to his family in care of his wife Lisa.

The family of Gary Michael Van Heck created this Life Tributes page to make it easy to share your memories.