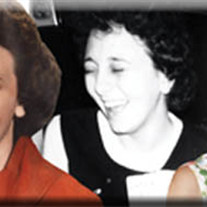 JEANNE'S LIFE STORY:Jeanne Carolyn Warden was a devoted wife, caring mother, fun-loving grandmother and cherished friend. Her dedication to her family and friends extended to those at her workplace, her church and her community. Always looking beyond her own interests, Jeanne lovingly tended to the needs of others and in turn made her world a better place.Jeanne’s story began at a time when World War II dominated American life. As men went off to war and women were drawn into the workplace, the nation pulled together to make a good life possible for the next generation. For Jarvis Clarence and Lois Marie (Finley) Cooper, goodness was born on December 10, 1942 in Ludington, Michigan when Jeanne Carolyn came into their lives. She and her siblings grew up in the Fountain area of her birth home,Fountain held a special place in Jeanne’s life for many reasons. She attended Fountain School before graduating from Mason County Eastern High School in 1960, and from Muskegon College of Business in 1961. There was also a young man who lived in the area who purposely rode his bike past her home every day. Arnold Warden was dedicated to getting Jeanne to notice him, and eventually, she did. She chanced to speak to him, and that was the beginning of their future together. The two grew in their love and commitment to each other and decided to marry. It was on June 2, 1962, when Arnold was home on leave from the Air Force, that they made their wedding vows at Fountain United Methodist Church. The church became the family’s spiritual home, and over the years, Jeanne was an active member, serving as Sunday School Superintendent and in several capacities for United Methodist Women.When Arnold returned from military duty, he and Jeanne set up residence in Ludington, until he built a house on north US 31 highway in Scottville. Jeanne and Arnold had already began their family with the birth of their daughter Rochelle, followed by Jeffrey and Sheryl, and then Charles a few years later.Jeanne was a very involved parent, especially in her role as Girl Scout leader when her daughters were scouts. One only had to look at their garage full of Girl Scout cookies to understand Jeanne’s level of commitment. Quite naturally, a scouting family took camping vacations, and the Warden’s spent many memorable summer days in the Upper Peninsula and along Michigan’s lakeshores, visiting many of the lighthouses.Whether working as a mom or in business, Jeanne kept herself busy. She sold Avon for a few years and worked briefly for Ziehm’s LP gas in Scottville. When Arnold took a position with Handy Andy stores in Grand Rapids, the family moved to Conklin, where Jeanne also worked at the store as telephone receptionist. Eventually Handy Andy closed, and she went to work for Meijer stores. Her experience as a telephone receptionist landed Jeanne a job at corporate headquarters.In her leisure time, Jeanne liked to work crossword and jigsaw puzzles, and she and Arnold often traveled to Branson and Joplin, Missouri to visit her friend, Lynn Stark. Who could better understand Jeanne’s fondness for Elvis Presley than a best friend? And what better song to swoon to than “Love Me Tender?”“Tender” is a word that could be used to describe Jeanne’s favorite pastime. She collected angels—all kinds, shapes and materials. She also had a warm heart toward her extended family. Jeanne gave endearing nicknames to all her grandkids, enjoyed her research into her family’s genealogy, and always eagerly anticipated family reunions at the end of each July.Jeanne will be greatly missed by this loving family: her husband of 47 years Arnold; children Rochelle (Bruce) Cutshall of Alanson, Jeffrey (Darlene) Warden of Scottville, Sheryl (Gordon) Kramer of Coopersville, and Charles Warden, of Ohio; beloved grandchildren Matthew (Hope) Cutshall, Jacob Cutshall, Melissa (Jeremy) Larson, Jessica Hoekwater, Chelsea Warden, Kiersten and Mariaanne Kramer, Jessica , Charles Jr. , and Anastasia Warden; her precious great-grandchildren Jasper Cutshall, Garrett and Mackenzie Larson, Aiden and Ava Hoekwater; her brother Frederick (Margaret) Cooper of Fountain; her sister Lois Mae Siple of Ohio; and her best friend Lynn (Denny) Stark of Joplin, Missouri.Jeanne C. Warden died at home on Saturday, February 6, 2010, from complications of Rheumatoid Arthritis. She was preceded in death by her parents, and her grandson Alexander Warden. Funeral services will be held at 1:00 PM on Wednesday, February 10 at the Stephens Funeral Home in Scottville. Burial will take place at the Riverside Cemetery in Custer in the spring.

JEANNE'S LIFE STORY:Jeanne Carolyn Warden was a devoted wife, caring mother, fun-loving grandmother and cherished friend. Her dedication to her family and friends extended to those at her workplace, her church and her community. Always looking... View Obituary & Service Information

The family of Jeanne Carolyn Warden created this Life Tributes page to make it easy to share your memories.

Send flowers to the Warden family.