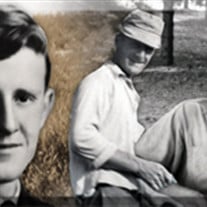 There are two common words that help to define the life of John A. McCumber &#8211; family and love. His family meant the world to him and he loved not only each and every member of his family but all those within his reach. Everyone will always... View Obituary & Service Information

The family of John Andrew McCumber created this Life Tributes page to make it easy to share your memories.

There are two common words that help to define the life of John...

Send flowers to the McCumber family.