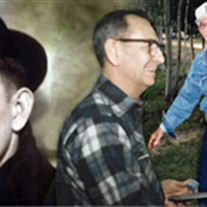 John &#8220;Ray&#8221; Stevens was a devoted husband, loving father, doting grandfather and good friend. He lived a life that was both adventurous and rooted, outgoing and contented, fun loving and considerate. Ray was a man who cared for everyone... View Obituary & Service Information

The family of John ""Ray"" Raymond Stevens created this Life Tributes page to make it easy to share your memories.

Send flowers to the Stevens family.