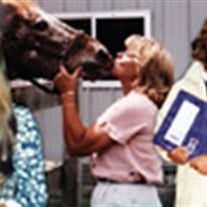 An all American girl who lived life fully in the company of loving family and friends, Katie Williams was a loving wife, dedicated mother, sister and friend who leaves much to be remembered. She will be greatly missed, but the joy she added... View Obituary & Service Information

The family of Kathleen Kay Williams created this Life Tributes page to make it easy to share your memories.

An all American girl who lived life fully in the company of loving...

Send flowers to the Williams family.