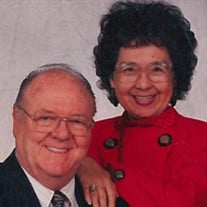 Kenneth Allen Zeman was born on March 1, 1938 in Bakersfield, California the son of Margaret Gaede and graduated high school in Santa Cruz before enlisting in the United States Air Force. Masako M. Zeman was born on January 20, 1938 in Watsonville, California, the daughter of Tadashi Gary and Barbara Mino and graduated from Watsonville High School with the class of 1956. Kenneth and Masako married on April 22, 1961 in Santa Cruz, California and celebrated 59 years together before Masako passed away on April 3, 2020 and Kenneth followed her on September 12, 2020. Kenneth earned his Bachelor Degree in Engineering and worked as a Missile Engineer for Lockheed Martin in California for many years. Masako worked as a Secretary both at Lockheed Martin and at Redlands University. Kenneth eventually left Lockheed and began working for the Coleman Corporation in Heating & Cooling operations. After visiting family in Michigan in 1981, they decided to move to Mason County where Kenneth operated Budget Heating & Cooling for many years with Masako by his side supporting him. After retirement, Kenneth was able to enjoy his love of fishing and cheering for his favorite sports teams. Masako continued to spoil their family with her great cooking, most often with dishes learned from her Japanese heritage, and they both loved spending every minute they could with their family. Kenneth and Masako were longtime members of the Jehovah Witness Congregation in Baldwin. Kenneth was preceded in death by his parents and his brother James Zeman. Masako was preceded in death by her parents and her little brother Andrew Mino. Together they will be greatly missed by their daughter Wendy Jowers and her husband Scott of Fountain with whom they lived, their son Michael Zeman of Colorado; their grandchildren Michael Mosier of Santa Cruz, CA, Marissa Mosier Lloyd of Modesto, CA, Jesse Jowers of Scottville, Kayla Jowers of Grand Rapids, Kenny Zeman of Colorado, Crystal Zeman of California, and Zack Zeman of Colorado; their great-grandchildren Kylie Jason Lloyd of Modesto, CA, and Cali Jowers; Kenneth’s sister Patricia Anderson of Ludington; and Masako’s sister Sachi Snyder of La Selva, CA and brother Art Mino of Elk Grove, CA. Private family services will be held at a later date at Tallman Cemetery in Branch.

Kenneth Allen Zeman was born on March 1, 1938 in Bakersfield, California the son of Margaret Gaede and graduated high school in Santa Cruz before enlisting in the United States Air Force. Masako M. Zeman was born on January 20, 1938 in Watsonville,... View Obituary & Service Information

The family of Kenneth & Masako Zeman created this Life Tributes page to make it easy to share your memories.

Send flowers to the Zeman family.