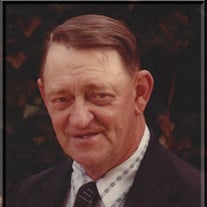 OBITUARY:Leslie M. Anderson, aged 86 of Branch, passed away peacefully, surrounded by his family on Wednesday, March 19, 2014 at his home. Les was born on June 29, 1927 in Scottville, the only child of Martin Bernard and Nina May (Edwards) Anderson, and served his country during World War II with the U.S. Army. On November 27, 1959 he married Phyllis Johnson in Charlevoix, and they celebrated 43 years together before Phyllis preceded him in death in 2002. Les wore many hats in his lifetime starting out as a farmer with his family, driving a milk truck for Andrulis Cheese, and bean truck for Rybycki’s, and was owner/operator of a logging company, sawmill, and trash collection service. Les served as a postal carrier in Mason County for over 21 years retiring in 1988. He enjoyed traveling, woodworking, camping and fishing, but loved spending time with his family and friends playing many different games or a good game of cards.Les will be greatly missed by Nina May (Curtis) Anderson, his children and their spouses Lowell and Liz Anderson of Reese, Cindy and Bruce Bosley of Branch, Ed and Michelle Anderson of Custer, Sandy and Wade Lovewell of Ludington, his stepchildren Sam (Cindy) Davidson of Palmetto, GA, Ed (Theresa) Davidson and Dan (Kathy) Davidson all of St. Louis, MI, his grandchildren Jonathon Bosley, Jennifer Legault, David Bosley, Becky Lederer, Sonja Bosley, Amanda Miller, Kayla Miston, and Sharidan Anderson, 12 step grand-children, and combined they had 33 great-grandchildren, and 1 great-great grandchild.Funeral services will be held for Les at 11:00 AM on Monday, March 24 at the Stephens Funeral Home in Scottville with Rev. Norm Letsinger officiating. Burial will take place at Bachelor Cemetery in the spring. Friends may meet with his family for a time of visitation on Sunday evening from 6:00 – 8:00 PM at the funeral home. Those who wish to make memorial contributions are asked to consider Hospice of Michigan – Mason County.

OBITUARY:Leslie M. Anderson, aged 86 of Branch, passed away peacefully, surrounded by his family on Wednesday, March 19, 2014 at his home. Les was born on June 29, 1927 in Scottville, the only child of Martin Bernard and Nina May (Edwards) Anderson,... View Obituary & Service Information

The family of Leslie Martin Anderson created this Life Tributes page to make it easy to share your memories.

Send flowers to the Anderson family.