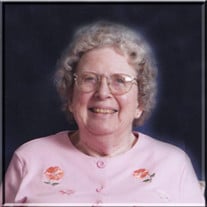 LOIS' OBITUARY:Lois Ann Miller Sievert, aged 85 of Manistee, formerly of Scottville, passed away on Thursday, November 22, 2012 at Tendercare of Ludington. Lois was born on March 8, 1927 in Victory Township to Clarence and Adah (Stevens) Rozell, and graduated from Scottville High School with the class of 1945. On September 18, 1948, she married Aaron R. Miller, and they celebrated 34 years together before Aaron preceded her in death on March 2, 1983. She later married Leslie Sievert on November 23, 1984, and they have celebrated 28 years together. Lois worked for the Scottville State Savings Bank, and the REA, before working at Briggs Hardware in Scottville for over 20 years. As a resident of Scottville, she was an active member of the Scottville United Methodist Church, the PTA, volunteered for 4-H, and was a member of the Scottville Order of the Eastern Stars #327. In Manistee, she was a member of the Manistee United Methodist Church and enjoyed baking cookies for church functions. Lois was well known as a great cook and baker having won the Mrs. Scottville Baking contest sponsored by Michigan Consolidated Gas Company in 1961, and finishing as runner-up at the state level competition. Lois’ home and kitchen were always open, and everyone was welcome. She was blessed with the gift of hospitality and received great joy in caring for her friends and family.Along with her husband Aaron, Lois was also preceded in death by her parents. She will be lovingly remembered by her husband Leslie of Manistee, her children Neal (MaryAnne) Miller of Grand Haven, Robin (Kenneth) Lacy of Jonesboro, IL, Mary (Michael) Burns of Litchfield, MI, and Fred (Diane) Miller of Muskegon, Leslie's sons Gary (Lyn) Sievert of Irons, and Thomas Sievert of Lexington, KY and daughter Gail Sievert also of Lexington, KY, 15 grandchildren, 22 great-grandchildren, and 3 great, great-grandchildren, her brothers Clarence (Dorothy) Rozell of Scottville, and Fred (Sharon) Rozell of Lansing, and many nieces, nephews, and cousins. Funeral services will be held for Lois at 2:00 pm on Tuesday, November 27 at the Scottville United Methodist Church with Rev. Jack Conklin officiating. Burial will follow at Brookside Cemetery. Friends may meet with her family for a time of visitation on Monday evening from 6:00 – 8:00 pm at the Stephens Funeral Home in Scottville. An Order of the Eastern Star service will be held for Lois at 7:00 pm on Monday evening at the funeral home. Those who wish to make memorial contributions are asked to consider the Alzheimer’s Association, Scottville United Methodist Church, or the Manistee United Methodist Church.

The family of Lois Ann Sievert created this Life Tributes page to make it easy to share your memories.

Send flowers to the Sievert family.