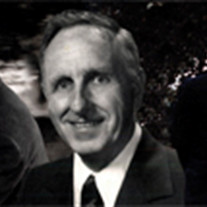 Louis Warner led a life saturated with honesty, integrity and respect. He spent his life balancing hard work with being a loving father and husband, succeeding in providing his family with everything they needed. Louis was a very modest man,... View Obituary & Service Information

The family of Louis N Warner created this Life Tributes page to make it easy to share your memories.

Louis Warner led a life saturated with honesty, integrity and...

Send flowers to the Warner family.