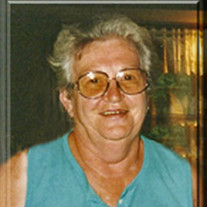 OBITUARY:Marcia Louise Badke, aged 79 of Custer, passed away on Thursday, February 10, 2011 at Mercy General Health Partners in Muskegon. Marcia was born on January 3, 1932 in Scottville, the beloved daughter of Walter C. and Marian (Matthews) Engelbrecht, and graduated from Scottville High School with the class of 1950. On August 15, 1952, she married the love of her life, Howard L. Badke in Elkhart, IN, and they celebrated 58 blessed years together before Howard preceded her in death on September 21, 2010. She was also preceded in death by her parents. Marcia worked several years for Whitehall Laboratory in Elkhart, returning to Custer in 1992. She was a member of the Scottville-Ludington Order of Eastern Stars Lodge 327, and a member of Bethany Lutheran Church in Ludington. As an active volunteer, she served as Treasurer for the Our Wish Program in Mason County, and was very active with the Eastern Stars, and her church. Marcia and Howard enjoyed motorcycling together all over the United States. When not on the open road, she could often be found cooking up a great meal for her family, or spending time sewing. Caring for her family, especially her grandchildren, were the greatest joy in her life. Marcia will be lovingly remembered by her son Kim Badke and wife Elizabeth of Chassel, MI; her daughter Cindy Hopkins and husband William of Scottville; her beloved grandchildren Angela and Brandon Badke, Haley Hopkins, Teresa and Stacy Hopkins, and Melissa Barnes; four great-grandchildren; her brother Jim Engelbrecht and wife Penny of Scottville; her sister Phyllis Wahr also of Scottville; her sister-in-law Mildred Joy Badke of Goshen, IN; and numerous nieces and nephews. Funeral services will be held for Marcia at 11:00 AM on Tuesday, February 15 at the Bethany Lutheran Church in Ludington, with her pastor, the Rev. William Huether officiating. Burial will take place at Riverside Cemetery in Custer. Friends may meet with her family for a time of visitation on Monday evening from 7-9 PM at the Stephens Funeral Home in Scottville, and on Tuesday from 10:00 AM until time of services at the church. Those who wish to make a memorial contribution are asked to consider the Bethany Lutheran Church, Scottville-Ludington Order of Eastern Stars Lodge 327, or the Our Wish Program.

The family of Marcia Louise Badke created this Life Tributes page to make it easy to share your memories.

Send flowers to the Badke family.