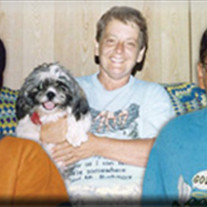 LIFE STORY:A woman who never concerned herself with building wealth according to the world&#8217;s measure, Maureen Reed focused her attention on serving the Lord of her life while deeply loving all those within her reach. Her faith not only... View Obituary & Service Information

The family of Maureen C. Reed created this Life Tributes page to make it easy to share your memories.

LIFE STORY:A woman who never concerned herself with building...

Send flowers to the Reed family.