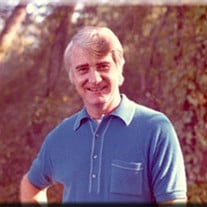 OBITUARY:Maurice Leo LaPointe, aged 80,of Temple, TX, passed away on February 1, 2011. Maury was the second of three children born to Leo & Katherine LaPointe on June 5, 1930 in Scottville , MI . He was raised on the family’s dairy farm in Carr Settlement during the Great Depression. Early life on the farm helped to forge a tireless work ethic, a pragmatic frugality and permanent family bonds that became his hallmarks. Love of family brought him back to Carr Settlement nearly every year for visits and reunions. Maury retired to the family farm and built his dream home in 1997, within walking distance of his siblings’ residences. After graduating from Baldwin High School in 1948, Maury left the farm to further his education. He completed technical training for radio electronics in Chicago and enlisted in the United States Marine Corps in 1951. Maury fought in the Korean War and he was discharged in 1954 with a rank of Staff Sergeant. His military service was a source of personal pride and his Marine training fueled a competitive nature and the desire to better himself. Maury enrolled at Central Michigan University in Mt. Pleasant, MI after the war and earned Bachelor of Science degrees in both physics and mathematics in 1957. He married his college sweetheart, Charlotte Campbell of Mt. Pleasant, and fathered four children with her while pursuing an engineering career. He earned a professional engineering license and was awarded a Master’s of Science degree in Engineering Management from Northeastern University in Boston, MA in 1968. Maury’s professional career spanned 40 years and was spent in the national defense industries. He was employed by companies such as Westinghouse Electric Corp in Baltimore MD, Bendix Corp. in Ann Arbor, MI, and Avco Corp in Wilmington, MA among several others. Maury worked as a design engineer and a project engineer specializing in instrumentation and control systems for various programs ranging from the Minuteman-II nuclear missile system, the TIROS-N weather satellite program, the High Energy Absorption Observatory satellites, AWACS, air-to-ground missile defense systems, and nuclear power plants. His extensive career opportunities and travel helped develop an outgoing, friendly and congenial persona. Maury was passionate about athletics and played on competitive slow pitch corporate softball teams and in recreational basketball leagues. He was an avid tennis player and exercised regularly most of his life. Maury was a determined competitor and instilled a love of sports in his five sons. One son is an accomplished lacrosse player and other sons are passionate about golf, basketball and biking. Maury was extremely resourceful, well organized and his home repair and landscaping skills were defining characteristics. He oversaw the construction of several custom homes and countless home improvement projects at various locales. Maury cherished a collection of antique farm hand tools that hung on the walls of his pole barn. Maury is survived by his devoted partner, Patsy Locke Thurber of Purdon, TX, his beloved older brother, Edward LaPointe of Branch, MI, and his loving sister Lois LaPointe Barnett of Midland, MI. Maury leaves 6 children: Renee LaPointe Hesselrode of Jackson, MO, Thomas LaPointe of Florida, Brion LaPointe of Los Altos, CA, Daniel LaPointe of Andover, MA, Maurice LaPointe Jr. of Ellicott City, MD, Michael LaPointe, Washington D.C., and step daughter, Linda Laube of Alabama along with five grandchildren: Jayne Hesselrode Fattmann, Michele LaPointe, Mathew LaPointe, Lauren LaPointe, Drew LaPointe. Maury was predeceased by wives Charlotte Campbell LaPointe in 1998 and Beatrice Antoniotti LaPointe in 1992.The Mass of Christian Burial will be celebrated for Maury at 11:00 am, May 6, 2011 at St. Jerome’s Catholic Church in Scottville with Rev. Joe Fix as celebrant. Interment will take place at Riverside Cemetery following services. Please visit Maury’s personal memory page at www.stephensfuneralhome.net to sign the guest book or to leave a memory of Maury for his family.

OBITUARY:Maurice Leo LaPointe, aged 80,of Temple, TX, passed away on February 1, 2011. Maury was the second of three children born to Leo & Katherine LaPointe on June 5, 1930 in Scottville , MI . He was raised on the family&#8217;s dairy farm... View Obituary & Service Information

The family of Maurice Leo LaPointe created this Life Tributes page to make it easy to share your memories.

Send flowers to the LaPointe family.