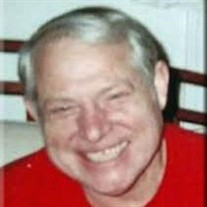 Merritt Franklin Bongard was born on September 8, 1943, in Alma, Michigan to LeRoy and Eleanor (Root) Bongard. He attended Alma Public Schools, graduating with the class of 1961. He loved the West and became an outfitter and a guide for his uncle in the Jackson Hole, Wyoming area for several years After attending and playing football at Northern Michigan College, Merritt joined the Army National Guard. He worked at Alma Plastics and returned to college after receiving a call into Pastoral Ministry. He served many local United Methodist Churches as a lay speaker during this time. He graduated from Central Michigan University in 1980 with a Bachelor's Degree in Psychology. He also attended Asbury Theological Seminary in Wilmore, Kentucky and graduated in 1984 with a Master's Degree in Divinity . He married Lois Schleder in 1980 in Ithaca, Michigan. From then until his death, Merritt actively served as a pastor in the United Methodist and Church of the Brethren churches in St. John's, Williamsburg, Scottville, Mt. Pleasant, and Brethren. His passion for sharing the Gospel of Jesus Christ was his life's purpose. He was a voracious reader, outspoken preacher, and constant encourager. He loved writing sermons on his Holy Yellow pad and mentored many young pastors, often encouraging them to seek out spouses so they could be "fruitful and multiply!" During his ministry he performed 122 Baptisms, 119 Weddings, 167 Funerals, and preached 1,270 Sermons. He loved coffee and doughnuts..and deeply missed his friend, Rick, who often joined in this favorite past time with him. He was a sports enthusiast and enjoyed CMU home football games for over thirty years. He learned to love Tiger's baseball to indulge his wife's love of the game. He was a member of Michigan Battery D Light Artillery and very much enjoyed Civil War re-enactment activities along with his son and grandson. Above all except his devotion to Christ, Merritt loved his wife and his family and was immensely proud of his children, grandchildren, and great-grandchildren. He was looking forward to the birth of his eighth grandchild this summer. Merritt is survived by his wife of 35 years, Lois, of Ludington, Michigan; four children, Troy (Debra) of Clare, Michigan; Shannon (Kristen) of Detroit, Michigan; Mark of Ludington , Michigan; and Rebekah (Rich) of Olympia, Washington. He is also survived by his sister, Harlean Rebecca Skidmore (Douglas) of Portage; a sister-in-law, Elisa Schleder of Mt. Pleasant, and sister-in-law, Muriel Derby of Ithaca. Merritt is also survived by his grandchildren Jenn (Glen) Dana, Jessica Kroll, Julie Kroll, AshLynn (Dustin), Kelsey Bongard, Heather Bongard, Lucas Bongard, and Baby Lane to be born this summer. He is survived by his great-grandchildren, Evan and Haley, and numerous nieces and nephews and great-nephews and great-nieces. Merritt was pre-deceased by his older sister, Charlene, his parents, LeRoy and Eleanor Bongard; his mother- and father-in-law, Marian and George Schleder; two brothers-in-law, Martin and Phillip; one nephew, David; and one great-nephew, Randyle. A Celebration of Merritt's Life and Ministry will be held at 3:00 pm on Sunday, January 24th at the Mason County Reformed Church in Scottville with his friends Pastor Norm Letsinger, Pastor Nate Polzin, and Pastor Brian Mackie officiating. Burial will take place at Brookside Cemetery in the spring. Friends may meet with his family for a time of visitation on Saturday from 3:00 - 6:00 pm at the Stephens Funeral Home in Scottville, and on Sunday from 2:00 pm until time of services at the church. Those who wish to remember Merritt with a donation are asked to consider Covenant Christian School, or Lakeview Church of the Brethren in his memory. Please visit Merritt's personal memory page at www.wymanfuneralservice.com to leave a tribute of Merritt for his family or to light a candle in his memory.

Merritt Franklin Bongard was born on September 8, 1943, in Alma, Michigan to LeRoy and Eleanor (Root) Bongard. He attended Alma Public Schools, graduating with the class of 1961. He loved the West and became an outfitter and a guide for his... View Obituary & Service Information

The family of Rev. Merritt Bongard created this Life Tributes page to make it easy to share your memories.

Send flowers to the Bongard family.