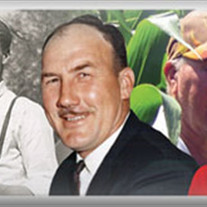 LIFE STORY:Although Nicholas Tatarchuk valued many things throughout his life, none were more important than creating close relationships with the family he treasured so deeply. He was a loving husband, devoted father, proud grandfather and... View Obituary & Service Information

The family of Nicholas Steven Tatarchuk created this Life Tributes page to make it easy to share your memories.

Send flowers to the Tatarchuk family.