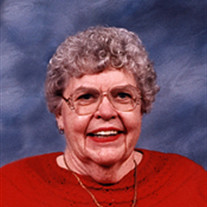 Norma Ruth VanEss, aged 81 of Ludington, passed away on Tuesday evening, January 22, 2008 at the Autumn Woods Adult Foster Care Home. Norma was born on October 19, 1926 in Grand Rapids to Norman G. and Effie (DeLiefde) Forner, and graduated from Grand Rapides Creston High School with the class of 1945. She furthered her studies at Calvin College as an education major, before working for Shaw News in Grand Rapids as an office clerk. On October 24, 1954 she married Charles Hargreaves in Grand Rapids. In July 1971, Norma moved with her family to Ludington, and later married Gerrit VanEss, who preceded her in death. Norma has been a resident of Longfellow Towers in Ludington for 17 years, and enjoyed reading, working crossword puzzles, and playing bingo at the Towers. She has been a faithful and longtime member of Mason County Reformed Church where she served in the calling ministry. Norma was also preceded in death by her parents, her infant daughter Sandra, and her brothers George and Frank Forner. She will be lovingly remembered by her children Virginia Scheib of Kentwood, Paul (Colleen) Hargreaves of Climax, and Timothy (Theresa) Hargreaves of Cedar Springs; six grandchildren, and 6 great-grandchildren; her sister M. Joyce Racette, and her sister-in-law Wilma Forner both of Grand Rapids; her former husband and father of her children Charles (Betty) Hargreaves of Ludington; and many nieces, nephews, cousins, and dear friends.

The family of Norma VanEss created this Life Tributes page to make it easy to share your memories.

Norma Ruth VanEss, aged 81 of Ludington, passed away on Tuesday...

Send flowers to the VanEss family.