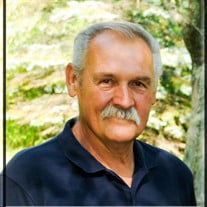 Richard Leroy Lemire, aged 75 of Scottville passed away peacefully on Tuesday, March 8, 2016 at Mercy Health Partners in Muskegon. Richard was born on January 10, 1941 in Ludington, the son of Roy and Blanche (French) Lemire and grew up in the Mason County area with his four sisters and two brothers. On March 3, 1962 he married Ella Louise Padgett in Ludington and they celebrated their 54th anniversary last week. Richard was a dedicated, hard worker at Great Lakes Casting for over 36 years before retiring. While there, he worked almost every position in the foundry at one point or another. He enjoyed hunting, fishing, following the Tigers, and frequenting the casino. As a very social person, he spent more time socializing than gambling. Richard’s greatest love was his family. Anytime you had the pleasure of visiting with him, his conversation always included the activities of his children, grandchildren, and great-grandchildren. His eyes always sparkled when talking about them. Richard will be greatly missed by his wife Ella, his children Tommy Lemire of Scottville, Kelly and Candy Lemire of Fountain, Debby and Clarence Gajewski of Free Soil, Richy and Kara Lemire of Locust, NC, and Tammy and Max Longcore of Manistee, 15 grandchildren, 20 great-grandchildren, his brothers and sisters Joanne Case of Ludington, Vernice and Harold Barber of Scottville, Roy and Judy Lemire, and Delton and Linda Lemire, all of Ludington, his brothers-in-law Ernie and Connie Padgett of Mt. Pleasant, NC, Albert Padgett, and Ervin and Peggy Padgett all of Ludington, Alvin Padgett of Jefferson, SC and Leonard Corey of Beulah, and numerous nieces and nephews. Richard was preceded in death by his parents, his sisters Diana Nelson and Debra Lemire, and his sister-in-law Arlene Corey. Funeral services will be held for Richard at 2:00 pm on Saturday, March 12 at Wyman Funeral & Cremation Services - Stephens Funeral Home in Scottville, with Rev. Darrell Storvik of Victory Baptist Church officiating. Friends may meet with his family for a time of visitation on Friday evening from 6:00 – 8:00 pm, and on Saturday from 1:00 – 2:00 pm at the funeral home. Those who wish to remember Richard with a memorial contribution are asked to consider Victory Baptist Church.

Richard Leroy Lemire, aged 75 of Scottville passed away peacefully on Tuesday, March 8, 2016 at Mercy Health Partners in Muskegon. Richard was born on January 10, 1941 in Ludington, the son of Roy and Blanche (French) Lemire and grew up in... View Obituary & Service Information

The family of Richard Lemire created this Life Tributes page to make it easy to share your memories.

Send flowers to the Lemire family.