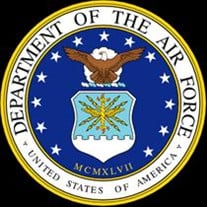 Rick Lee Shively aged 60 of Scottville passed away on Sunday, November 25, 2018 at Select Specialty Hospital in Muskegon. Rick was born on April 6, 1958 in Onekama, the son of Jack and Judith (Gerwin) Shively and graduated from Manistee High School with the class of 1976. He served his country with the United State Air Force as a Security Specialist stationed in Alconbury, England and Minot, ND. Following his service, Rick attended West Shore Community College before working as a Postal Clerk for the United States Postal Service in Onekama and Ludington for 33 years, retiring in December 2017. On April 8, 1989 he married Michelle Ann Miller in Manistee, and they have celebrated 29 years together. Rick enjoyed spending time collecting coins and stamps, tinkering in his wood shop, working on his home, but mostly enjoyed spoiling his grandchildren Preston and Addison. Rick will be missed by his wife Michelle, his children Jackie Anna of Knoxville, TN, Jordan Joseph of Los Angeles, CA, Kaitlin Hannah (David) Smith of Ludington, and Elijah Alexander of Scottville, his grandchildren Preston James Maurer and Addison Ann Smith, his mother Judith Shively of Manistee, his sister Susan (David) Majkszak of Manistee, his Father and Mother-in-law John and Phyllis Miller of Arcadia, and many nieces and nephews. Rick was preceded in death by his father Jack Shively and his niece Melissa Majkszak. A Memorial Service will be held for Rick at 11:00 am on Friday, November 30 at Emanuel Evangelical Lutheran Church in Ludington with his pastor, Rev. Mick Shriver officiating. Burial will take place at Trinity Lutheran Cemetery in Manistee at a later date. Friends may meet with his family for a time of visitation on Friday morning from 10:00 – 11:00 am at the church. Those who wish to make a memorial donation are asked to consider the Wounded Warriors Project.

Rick Lee Shively aged 60 of Scottville passed away on Sunday, November 25, 2018 at Select Specialty Hospital in Muskegon. Rick was born on April 6, 1958 in Onekama, the son of Jack and Judith (Gerwin) Shively and graduated from Manistee High... View Obituary & Service Information

The family of Rick Lee Shively created this Life Tributes page to make it easy to share your memories.

Rick Lee Shively aged 60 of Scottville passed away on Sunday,...

Send flowers to the Shively family.