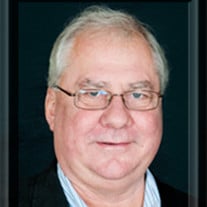 BOB'S OBITUARY:Robert A. “Coho Bob” Smith, aged 61 of Custer passed away on Monday, October 21, 2013. Bob was born on November 9, 1951 in Ludington to Robert J. and Betty (Kamarauskas) Smith, and graduated from Mason County Central High School with the class of 1969. He furthered his education earning an Associate’s Degree from Northwestern Community College in 1971, and his Bachelor’s Degree from Michigan State University in 1974. Upon his graduation, he returned to Scottville and joined his father at the Smith & Eddy Insurance Agency. Over the years, Bob has grown the Agency to include 3 locations, and recently dedicated their new office in downtown Scottville, renewing his commitment to the community he grew up in. On November 28, 1993, he married Patricia Veatch and they have celebrated 20 years together. Bob was a very active leader in the community, and was proud to be referred to as a Conservationist. He spent countless hours helping preserve our natural environment and was a member of several conservation groups including the National Fly Fishing Association, the Pere Marquette Watershed Council, Land Conservancy of West Michigan, Ducks Unlimited, Whitetails Unlimited, Quality Deer Management, and the National Rifle Association. He also served his community as one of the founding members and 1st chairman of the Mason County Central Educational Foundation, was a member of the Ludington and Scottville Chamber of Commerce, the Scottville Optimist Club, the Mason County Economic Development Board, the West Shore Bank Board, served on the Custer Township Review Board, and formerly volunteered on the Scottville Fire Department. With the Agency, he was a member of the Certified Insurance Councilors, and the Agency has received numerous awards over the years. Bob was a huge Michigan State fan, and was a proud member of the Delta Chi fraternity. Always looking for ways to make events better, Bob helped start the “Beer Tent” at the Scottville Harvest Festival many years ago. He always greeted his clients with a handshake and a smile, and could often be heard saying “Think Big”, “I’d rather be lucky than good”, or a family favorite “When You Got It, You Got It”. Bob was preceded in death by his parents Robert J. in 2003, and his mother Betty in January of this year, and his brother Duane. He will be greatly missed by his wife Patty, his son Robert “Buckshot” Smith of Custer, his daughters Nicole (Brandon) Neblett of Brooklyn, NY, Sheryl (Adam) McVicker of Grand Rapids, Lauren (Donald) Harley III of Holt, Kelly Smith of Scottville, and Augusta “Gussy” Morse currently serving in the US Navy, his grandchildren Donald Harley IV, Alexis Harley, and Bryce Neblett, his brother Richard (Lori) Smith of Bloomington, IL, his sister Diane (Gary) Jensen of Eden, UT, his mother-in-law MaryEllen Veatch of Royal Oak, his sister-in-law Betsy Veatch also of Royal Oak, his nephews, Jeff Anderson and Doug (Lauren) Jensen, and his nieces Stacy Boyles, and Lauren Rasmussen. Friends may meet with Bob’s family for a time of visitation on Saturday afternoon from 2:00 – 5:00 PM at the Mason County Central High School, and a service of Remembrance will be held for Bob at 2:30 PM on Sunday at the Mason County Reformed Church. Those who wish to make memorial contributions are asked to consider the Pere Marquette Watershed Council, or the Mason County Land Conservancy.

The family of Robert Arthur Smith created this Life Tributes page to make it easy to share your memories.