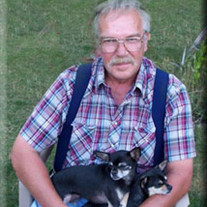 RON'S OBITUARY:Ronald Robert Rader aged 62 of Carr Settlement passed away on Wednesday, August 21, 2013 at his home surrounded by his family. Ron was born in Baldwin on August 31, 1950 to Richard and Willadeen (Teitheson) Rader, and graduated from Mason County Central High School with the class of 1968. On May 23, 1970 he married Verna Sedlecky at Victory Trinity Lutheran Church by Rev. John Christensen. They have celebrated 43 blessed years together.Ron lived his entire life in the Branch area, and drove truck for McCormick Sawmills for over 35 years, retiring in 2011 due to his health. He really enjoyed his work and the many friends he made along the way. Ron spent his free time as a woodworker. He loved to build things from the raw wood into beautiful works of art. He also had a large collection of miniature semi-tractor trailers accumulated from years of being on the road. His greatest passion was for his wife and his family. Nothing compared to being together as a family.Ron was preceded in death by his father and his son Ronson in October of 1998. He will be lovingly remembered by his wife Verna, his son Joseph Rader of Branch, his grandchildren Autumn, Adam, Austin, Joseph Rader, and Marco Macias, his great-granddaughter Kaylee Rader, his mother Willadeen Rader of Ludington, his brothers Dan (Susan) Rader of Ludington, and Buster (Mally) Rader of Branch, his sisters-in-law Vevia (John) Beaulieu of Kansas, Liz (Herbert) Cross of Scottville, Luella (Steve) King of Harrison, his aunts Bonnie Gifford of Muskegon, Eleanor Stevens of Whitehall, and Dorothy Rice of California, his uncle Charlie Reavey of Montague, and numerous nieces, nephews, and cousins.A Celebration of Life and Sharing of Memories will take place from 11:00 AM – 1:00 PM on Saturday, August 31 at the Stephens Funeral Home in Scottville. Those who wish to make memorial contributions are asked to consider his family.

RON'S OBITUARY:Ronald Robert Rader aged 62 of Carr Settlement passed away on Wednesday, August 21, 2013 at his home surrounded by his family. Ron was born in Baldwin on August 31, 1950 to Richard and Willadeen (Teitheson) Rader, and graduated... View Obituary & Service Information

The family of Ronald Robert Rader created this Life Tributes page to make it easy to share your memories.

Send flowers to the Rader family.