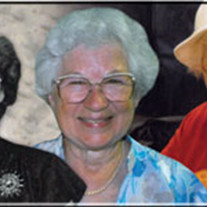 ROSE'S LIFE STORY:Those who knew and loved Rose Chye have so many precious memories that will never be forgotten. The common threads throughout her tapestry of life were her thoughtful words, her selfless deeds and her compassionate spirit,... View Obituary & Service Information

The family of Rose Amelia Chye created this Life Tributes page to make it easy to share your memories.

ROSE&#39;S LIFE STORY:Those who knew and loved Rose Chye have so...

Send flowers to the Chye family.