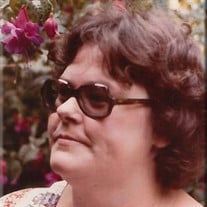 Ruth Ann McClellan age 65, of Freesoil, died Friday, June 24, 2016 at Mercy General Health Partners in Muskegon. Ruth was born on June 26, 1950 in Grand Rapids to the late Sanford and Christine (Beute) VanderMeulen. Ruth graduated from Grand Rapids Christian High School in 1968 and married Gene E. McClellan on November 29, 1969 in Grand Rapids. Ruth was a member of Mason County Reformed Church where she enjoyed the women’s small groups and was also a member of the Incorporating Board of Directors for HELP Ministry. She passionately enjoyed horses and had numerous horses until she was no longer able to care for them. She loved to watch her granddaughters perform in horse shows. Ruth enjoyed cooking for her family, camping and reading, making puzzles, and coloring adult coloring books. One of her joys in life was watching animals and birds out her patio door. Ruth loved her family whole-heartedly and was always willing to lend a listening ear or a soft shoulder. When her children became interested in mission work, she worked diligently at fundraising to help them attain their financial goals. Though fallible, she loved her Lord and Savior, Jesus Christ. She is now reunited with her father and mother, brother and sister, and rests in the loving arms of Jesus. Her earthly struggles over, she can now walk again. Ruth will be greatly missed by her husband of 46 years: Gene E. McClellan of Freesoil, her 2 daughters Sheila (John) Leese of Scottville, and Tina Davis of Freesoil, her 2 sons Jason (Angela) McClellan of Wyoming, MI and Shawn (Amanda) McClellan of Rogers, AR, 10 Grandchildren Casey, Jackie and Abigail Leese, Aaron, Jennifer and Michael Powers, Christina (McClellan) Pertner, Joshua McClellan, Avery and Paxton McClellan, 2 great grandchildren Haven Pertner and Frankie Powers, her brother Herman VanderMeulen of Newaygo, her sisters Joan Sams of Plankinton, SD and Sandy Verwys of Grand Rapids, her brother-in-law Robert Nordyke of Grand Rapids, her sister-in-law Laurie Sprik of Grand Rapids, and several nieces and nephews. Ruth was preceded in death by her parents, her brother Jake VanderMeulen, and her sister Winifred Nordyke. A Memorial service will be held for Ruth at 11:00 am on Tuesday, June 28 at the Mason County Reformed Church in Scottville. The family will be at the church from 10:00am until time of service to greet friends. Those who wish to remember Ruth with a memorial donation are asked to consider Mason County Reformed Church or HELP Ministries.

The family of Ruth Ann McClellan created this Life Tributes page to make it easy to share your memories.

Send flowers to the McClellan family.