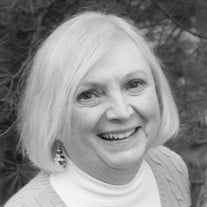 Rev. Sally Ann (Jenks/Kibbey) LaFrance aged 82 of Grand Rapids passed away on Saturday, September 15, 2018. Sally was born on June 26, 1936 in Ludington, the daughter of Max and Vessie (Brown) Jenks and graduated from Scottville High School as Valedictorian of the class of 1954. Sally attended Michigan State College studying Home Economics, and graduated from Western Michigan University Sally married her children’s father, Noel H. Kibbey at Scottville Methodist Church in 1956. They spent the first year of their marriage on the shores of Lake Michigan on the family farm in Summit Township. They raised their children: Janna, Warren, Nanette, and Sarah in Ludington and followed his parent’s path to winter in Dunedin, Florida. Noel preceded Sally in death. Sally and David LaFrance were married on July 12, 1986 at White Pine Village in Mason County, Michigan and treasured 32 years of love and companionship. Together they enjoyed traveling and operating a Bed and Breakfast in Ludington. Sally was a member of the United Methodist Church her entire life, and was a member and Past-President of the United Methodist Women for many years. In 1993, Sally decided to make a dream come true, returning to school and joining the ministry. In 1994 she graduated with a Master’s degree from the Methodist Theological School in Ohio and was ordained as an Elder in the United Methodist Church in 1996. She served many parishes throughout Ohio and Michigan until her retirement where she and David eventually settled in the Spring Lake area. In 2016, they moved to the Grand Rapids area to be closer to their family. Sally was very proud of each of her four children who she insisted attend college. She has eight grandchildren from her marriage to Noel, and eight more with her husband David. Sally also has six great- grandchildren with one more coming in October, and eight more great-grandchildren with husband David. Sally’s hobbies provided many opportunities for her to teach sewing, cooking, preservation, and crafts to all of her children. She made her daughters dresses for the local dances and clothing for her family. She enjoyed gardening and floral design, and displayed her wares at the Mason County Fairs, winning many awards through the years. She also sold many of her crafts at shows throughout Northern Michigan. In her later years, Sally loved knitting and started weaving, which provided many gifts for her children and grandchildren to treasure. Sally loved music. She started played the piano at the age of seven and continued all her life. She sang and played piano in church and performed in plays in high school as well as in local theater later in life. She loved to sing, especially hymns, and was a proud member of the Melodiers, singing in many local venues. Sally also served as a Cub Scout Den Leader, a Sunday school teacher, and a substitute teacher for Ludington Area Schools. She will be greatly missed by her husband of 32 years, David LaFrance; her children Janna (Robert) Morgan of Pentwater, Warren (Oleta Head) Kibbey of Muskegon, Nanette Kibbey-Scribner of Ludington, Sarah (Jeffrey) Marentette of Grand Rapids, her stepchildren Vonnie Stevens, David LaFrance Jr., and Tracy LaFrance. Sally will also be missed by her grandchildren Nathan Hartung, Geoffery and Lenise Kibbey, Alyssa (Sultan Abduljabbar) Scribner, Tristan Scribner, Logan Kibbey, and Jordan and Jessica Marentette, her great grandchildren and nieces and nephews. She was preceded in death by her brother Thomas Jenks along with her parents and her children’s father, Noel Kibbey. A Celebration of Sally’s Life and Ministry will be held at 2:00 pm on Sunday, September 30 at Faith United Methodist Church in Grand Rapids. Burial has taken place at Brookside Cemetery in Scottville next to her parents. An Irish Wake will be held for Sally in Scottville in the spring of 2019. Those who wish to remember Sally with a memorial donation are asked to consider her personal fund raiser at Heifer International https://fundraise.heifer.org/fundraiser/1643196?is_new=true.

The family of Sally (Jenks) LaFrance created this Life Tributes page to make it easy to share your memories.

Send flowers to the LaFrance family.