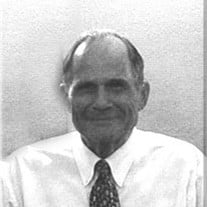 OBITUARY:Samuel M. “Smiling Sam” Orton, aged 77 of Scottville went home to be with his Lord on Monday, July 26, 2010 at his home. Sam was born on September 11, 1932 in Sauk Rapids, Minnesota to Orrie and Opal (Ried) Orton, and graduated from Stewart Public High School with the class of 1951. Following graduation, he served in the United States Army during the Korean Conflict, stationed at Camp Chaffee, Arkansas. On July 6, 1957 he married Betty Anderson in Hutchinson, Minnesota, and they have celebrated 53 years together. Sam furthered his education at St. Cloud University where he earned the Bachelor Degree of Education in 1962. After teaching a few years in Minnesota, he moved to Scottville where he taught and coached at Mason County Central High School for over 30 years. Sam taught Biology and Physical Education, while coaching football, basketball, and baseball for many years. He also taught Drivers Education in the summer months, was the Recreational Director at McPhail Field in Scottville for several years, and was a highly respected Athletic Official of football, volleyball, and softball into his 70’s, only retiring to watch his grandchildren compete. Sam had many passions in his life. He enjoyed sports of all kinds, downhill skiing, golfing, camping, boating, biking, traveling with his family, and could often be found reading Louis L’Amour novels. His greatest passion was serving his Lord at Community Church in Ludington, and being in the company of his wife, daughters, and grandchildren. He will be greatly missed by his wife Betty, his daughters Wendy Orton of Manistee, Jenny Orton and her husband Tom Bell of Free Soil, Sherry Anderson and her husband Dan of Scottville, and Jody Overway and her husband Craig of Grand Haven; his beloved grandchildren Misty (Nick) Gressick of Grand Haven, Christina Powell of Grand Rapids, Heather “Rosie” Lundt of Chicago, Greta Lundt of Grand Rapids, Jacob and Jason Anderson of Scottville, Sawyer and Levi Overway both of Grand Haven; his mother Opal Pilkington of St. Cloud, Minnesota; his sisters Jean Hagman of St. Cloud, and Gwenn Hoberg of Denver, Colorado; his brother Ralph (Julie) Orton of Omro, Wisconsin; and several nieces and nephews. Funeral services will be held for Sam at 11:00 AM on Friday, July 30 at the Community Church in Ludington with Rev. Wayne Buskirk officiating. Friends may meet with his family for a time of visitation on Thursday from 5:00 - 8:00 PM at the Stephens Funeral Home in Scottville, and on Friday morning from 10:00 - 11:00 AM at the church. Those who wish may make memorial contributions to Community Church, Harbor Hospice, or to a charity of the donor’s choice.

The family of Samuel Marcus Orton created this Life Tributes page to make it easy to share your memories.

Send flowers to the Orton family.