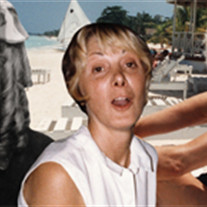 Life’s most precious gifts are the ones you love, and Shirley Burns treasured every moment she spent in the company of her beloved family and dear friends. They were the people who she laughed with, the people who she learned from, and above all, the people who brought her life immeasurable joy.Though the Great Depression hit many families hard during the 1930s. Ned and Lela Pearl (Allen) Lovelace of Tennessee were blessed with a great gift when their daughter, Shirley Ann, was born on February 18, 1932. Shirley spent much of her childhood growing up in Hickory Point, a suburb in southeast Memphis. Her family later moved to Detroit, Michigan, where she took her place among the student body at Detroit Northwestern and Highland Park High Schools, and where she also played basketball.After graduating from Highland Park High, Shirley attended Highland Park Community College. She then began working at Detrex Chemical Company as a secretary, before becoming a Typesetter in the administrative offices at General Motors. Around1956, a wonderful thing happened to Shirley – she met the love of her life, Robert Burns, while out with some friends at the Rascal House. Her vivacious personality caught Robert’s attention, and it wasn’t long before he was by her side. Over the next 3 years, Shirley and Robert fell hopelessly in love and were happily married at his mother’s house in Detroit on October 25, 1959.The newlyweds made their first home together in Detroit, where Robert worked at Citicorp as a Vice President, and Shirley moved on to become the Director of the Poison Control Program at Detroit Children’s Hospital. A year later in 1960, they welcomed the birth of their first son, Tracy, who tragically died shortly after birth. Two years later, they delighted in the birth of their second son, Dean, born in May 1962, and he was followed by two more brothers, Steve in September 1964, and Jim in May 1967, who rounded out the Burns household. Shirley loved being a mother to her sons, and she devoted herself to their care and happiness. When her son Dean was born with leg problems and they were told by the doctors he would be handicapped, Shirley knew in her heart that she could help him. Patient and undeterred, she tenderly nursed his legs back to health.When the family needed some time away from the hustle and bustle of life, they headed to their cottage on the Little Manistee River in Irons, or to their other cabin in Canada on the shores of Lake Huron. The Burns family also loved to travel and had been all over the United States on vacations, including to New York City, Washington, D.C. and to Kentucky to visit family. When Citicorp wanted to transfer Robert to Toronto in 1974, he and Shirley had other plans for their family and moved to Irons instead. Here, Robert started his own business called Irons Real Estate, which Shirley managed for over 30 years while also operating the Bass Lake Grocery Store they had bought. As a family, they also began wintering in the warm sunshine of Big Pine Key near Key West, Florida. Not to sit idle while in Florida, Shirley went to work as a secretary at Community Mental Health.Shirley enjoyed many hobbies in her leisure time. She was an artist, painting self-portraits and landscapes, and she loved to sew. Shirley was also a great cook, especially when it came to her meatloaf, fish fry’s, spaghetti and Cuban cuisine. She loved to take long leisure walks and cool off with a swim in the lake. A natural mother, Shirley loved children and babysat for just about anyone. A woman with a great mind, Shirley loved to read, particularly about religion, education and how to speak Spanish. She was such an intelligent lady with an appetite for learning, that she was always looking for opportunities to expand her knowledge.What brought Shirley the greatest happiness, however, was the cherished moments she spent with her beloved husband, Robert, her sons, and her precious grandchildren. She was the rock of the family, the one everyone looked to for inspiration, knowledge and support. Shirley was there for anyone at anytime, not because she had to be, but because she wanted to share fully in the lives of the people she loved. Her devotion and love will be remembered forever.Shirley Ann Burns died on Saturday, May 3, 2008, at Munson Medical Center in Traverse City, after a long struggle with Alzheimer's disease. She was preceded in death by her parents, her son, Tracy and her brother, Rudolph Robert Maxwell. Shirley will be greatly missed by her husband of 48 years, Robert; her sons: Dean and his wife, Leslie, Steven, and Jim and his wife, Becki, all of Irons; her beloved grandchildren: Anna, Stuart and Samantha Burns, and Chris Gerhardstein; her sister, Jessica M. Willis of Marietta, Georgia; and many dear friends.A Celebration of Life service will be held for Shirley at 2:00 p.m. on Saturday, May 17, at Faith Fellowship Church in Irons, with Rev. Russell Osbeck officiating. Burial will follow at Lakeview Cemetery. Friends may meet with her family for a time of visitation on Saturday from 1:00 p.m. until time of services, and at Skinner Park following the graveside services.

Life&#8217;s most precious gifts are the ones you love, and Shirley Burns treasured every moment she spent in the company of her beloved family and dear friends. They were the people who she laughed with, the people who she learned from, and... View Obituary & Service Information

The family of Shirley Ann Burns created this Life Tributes page to make it easy to share your memories.

Life’s most precious gifts are the ones you love, and Shirley...

Send flowers to the Burns family.