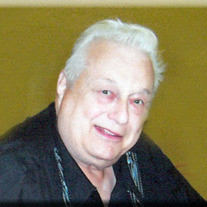 Torfe Alphonse Gedraitis aged 83, lifelong resident of Scottville, died peacefully at his home Friday evening, August 16, 2019. Torfe was born on April 29, 1936 at Paulina Stearns Hospital in Ludington, the only child of Stanley and Mihkalina (Lesauskas) Gedraitis. As a child of Lithuanian immigrants, the language barrier at school was often difficult, but Torfe worked hard to learn the English language and not fall behind his classmates. He graduated from Scottville High School with the class of 1954 and later earned his Bachelor's of Science Degree from Central Michigan University in 1962. Following graduation, Torfe chose to return to Scottville and care for his aging parents rather than entering into a career in politics. Torfe met the woman who would change his life forever while attending a Lithuanian event in Niles. Molly Pearce, a tall red-head caught Torfe's attention and never lost it. They married on March 25, 1972 in Niles and celebrated nearly 40 years together before Molly preceded him in death in 2011. Torfe was also preceded in death by his parents, and his beloved Aunt & Uncle Victoria and John Gedraitis. Molly truly changed Torfe's life in many ways. She was his biggest cheerleader in his many activities, the mother of his three daughters, and the one who led him to a life with Christ. After accepting Christ as his savior in 1976, Torfe was an active member of Calvary Baptist Church in Ludington, and a faithful member of the Gideon's International, always having a Bible in his pocket to hand out and lead others to Christ. Torfe and Molly operated Laundryland Laundromat in Scottville for 29 years, and Torfe also operated a Security business for 25 years. He was an active member of the Scottville Clown Band for over 36 years, starting as a teenager playing the trumpet at the urging of his high school band teacher. Torfe continued to support the Clown Band after his playing days were over and was considered a Life Member. Torfe loved the Scottville community and was a great advocate and ambassador for the city wherever he went. Torfe will be greatly missed by his daughters Katie Gedraitis of Scottville, Holly Gedraitis, and Sara Tucker and her husband Brad all of Grand Rapids, and his beloved granddaughter Mollie. Funeral services will be held for Torfe at 11:00 am on Tuesday, August 27 at Calvary Baptist Church in Ludington with his pastors Rev. Tim Tucker and Rev. Greg East, and his friend Rev. Tim Yankee officiating. Burial will take place next to Molly at Brookside Cemetery in Scottville. Friends may greet his daughters during a time of visitation on Monday evening from 6:00 - 8:00 pm at Wyman Funeral & Cremation Services in Scottville, and from 10:00 - 11:00 am on Tuesday morning at Calvary Baptist Church. Those who wish to remember Torfe with a memorial donation are asked to consider either Gideon's International, or the Scottville Clown Band Raymond Schulte Memorial Scholarship Fund, PO Box 21, Scottville, MI 49454 Torfe’s family would like to especially thank Village Manor Services and Hospice of Michigan for the excellent care given to their father.

The family of Torfe Alphonse Gedraitis created this Life Tributes page to make it easy to share your memories.

Send flowers to the Gedraitis family.