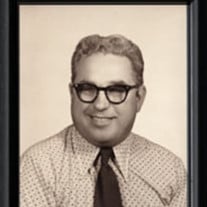 OBITUARY:Walter N. Holcomb, aged 89 of Ludington, formerly of Petoskey, passed away on Monday, December 13, 2010 at Memorial Medical Center in Ludington. Walter was born on August 11, 1921 in Boyne City to Walter and Etta (Everest) Holcomb and graduated from Petoskey High School with the class of 1939. He served his country during WW II with the United States Army stationed in New Guinea as a Military Policeman. He returned home following the war and married Joyce Elaine Earl in 1946. He later married Rose Neff in 1971, and she preceded him in death on July 26, 2002. Walter worked for many years as a switchman for Michigan Bell Telephone Company in the Battle Creek area until his move to back to Petoskey with Rose in 1971, where he retired from the phone company in 1982. He kept himself busy by volunteering countless hours as a driver for the American Red Cross. Walter delivered blood all over Michigan until his move to Ludington a few years ago. He was a very proud veteran and member of the VFW Post 2051 in Petoskey, and was a member of the Telephone Pioneers of America. In his retirement, he enjoyed traveling with Rose out west and in Canada, and visiting with his fellow retiree’s over coffee at Alan’s Northside Restaurant in Petoskey. In addition to his wife Rose, Walter was preceded in death by his parents, his daughter Brenda Holcomb, his granddaughter Sara Scramlin, and his sister Bonnie Palmer. He will be greatly missed by his son Richard (Jeri) Holcomb of Kalamazoo; his daughters Jill Minidis of Ludington, and Karen (Clint) Hendry of Salt Lake City, Utah; his grandchildren Anne (Josh) Holcomb-Smith, Erica Holcomb, Phillip Scramlin, Aaron (Sonja) Minidis, Joy Minidis-Haveman, Christian Minidis, Andrew Minidis, and Steven Neff; many great-grandchildren; his sister MaryLou (David) Nemec of Boyne City, his former wife Joyce Elaine Earl of Kalamazoo; and numerous nieces, nephews, and cousins. Funeral services will be held at 4:00 PM on Friday, December 17 at the Stephens Funeral Home in Scottville, with Rev. Tim Yankee officiating. Burial with Military honors will take place in the spring at St. Francis Cemetery in Petoskey. Friends may meet with his family for a time of visitation on Friday afternoon from 3:00 PM until time of services at the funeral home. Those who wish to make contributions are asked to consider the American Red Cross in Walter’s memory.

OBITUARY:Walter N. Holcomb, aged 89 of Ludington, formerly of Petoskey, passed away on Monday, December 13, 2010 at Memorial Medical Center in Ludington. Walter was born on August 11, 1921 in Boyne City to Walter and Etta (Everest) Holcomb and... View Obituary & Service Information

The family of Walter Nelson Holcomb created this Life Tributes page to make it easy to share your memories.

Send flowers to the Holcomb family.