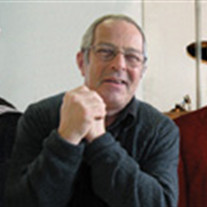 Walter &#8220;Butch&#8221; Schulz was a strong, caring man who enjoyed woodworking, &#8220;antiquing&#8221; and rodeos. Above all, though, he loved his family and friends. Underneath his great sense of humor and cheerful outlook on life was... View Obituary & Service Information

The family of Walter William Schulz created this Life Tributes page to make it easy to share your memories.

Send flowers to the Schulz family.