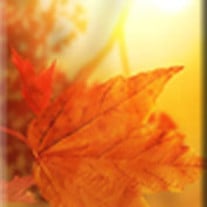 OBITUARY:A Memorial Service will be held for Bill at 2:00 p.m. on Saturday, December 10, 2011 at the family's home.William J. Garvey, aged 62 of Ruby Creek, Branch passed away on Friday, November 25, 2011 at his home. Bill was born on July 28, 1949 in Muskegon to Bill M. and Mary (Whis) Garvey, and served his country as a Medical Corpsman with the United States Army during the Vietnam Conflict. On February 9, 1973, he married Bonnie Crain in Norton Shores, and she preceded him in death on December 25, 2008. Together they provided homecare for many children over the years, and in addition to their own children, have adopted 8 special needs kids. Whenever he was able, Bill enjoyed the outdoors and especially looked forward to deer hunting every year. He served on the Board of Directors of the Disabled Veterans of Ruby Creek with his special friend, Pete Wade.He will be greatly missed by his children Gary (Carla) Garvey, Sheila (Mike) DeWitt, Martin (Mary) Garvey, Curtis (Alicia) Garvey, Brian Garvey, Melinda Garvey, Rebecca (Gustavo) Lopez, Robert Garvey, Candie (Travis) Garvey, Robyn Garvey, Eugene Garvey, and Michael Garvey, 30 grandchildren, and several great-grandchildren.

The family of William J. Garvey created this Life Tributes page to make it easy to share your memories.

Send flowers to the Garvey family.